In the night between August the 28th and the 29th 2018 the ship Eleftherios Venizelos, another ferry from Anek Lines, during its travel from Piraeus to Crete with 875 passengers and 141 crew on board, was hit by a serious fire in the garage area, so much that the Captain was forced to declare general emergency and abandonment of the ship.

The emergency operations were not easy and implied the intervent of two firefighting tug boats, ten tenders, 48 firefighters and two emergency teams, as the fire was very quickly expanding from the lower decks and heavy black smoke was inclosing the ship.

The dynamic of the new accident is absurdly similar to the disaster of the Norman Atlantic, which as this one, was operating under the flag of the Greek company ANEK: a vehicle parked on board caught fire so that from 12am the board started to send emergency signals to get help from the Coast Guard.

After having assisted dozens of passengers who suffered a devastating experience onboard of the Anek’s ferry Norman Atlantic in the nights of the 28/29 December 2014 where so many lost their life, an all others suffered for their personal safety and for the losses of their personal belongings and for which we already submitted to the Civil Court of Bari our law suit against Anek and Visemar (see our web page on such case: https://giustiziapernormanatlantic.wordpress.com/), we face another case with a fire that broke out in the car deck of a ferry and easily got out of control, that sadly demonstrate that the lesson was not learned by Anek, and prevention rules and safety of passengers and goods, was not taken in any consideration again!

The emergency operations on the Eleftherios Venizelos went on during all night and the ship was at the end escorted back into Piraeus and all the passengers were disambarked only during the morning of the 29 August.

Media sources report that the ship has had many problems operating so much that since 2014 it has a discontinuous use, with some short-term rentals (including one to the Greek government for the transportation of migrants from the islands) and sporadic income in service as a replace of other ships Anek stopped for repairs. This leads to suspect that the ship might not be in perfect efficiency; as possibly they will verify the authorities that have opened an investigation to find out the causes of the fire and the reasons for the lack of containment of the flames in the garage by the drenching system.

Even if it was not recorded any severe physical injuries for the passengers, many reported that “It was difficult to breathe from the smoke,” and still are suffering from intoxicating conditions. Passengers reported hearing a ‘big noise’ before passengers were advised to wear lifejackets and head to assembly areas, fearing for thei lives. Unfortunately it is very easy to predict that in the next few days/weeks several passengers will start to develope a form of psycological stress because of the dramatic experience they lived, and some of them could develop the arise of the Post Traumathic Stress Disorder that is scientifically recognized as a physical desease following the experience of an important stress to which someone was subjected, how it happened in this new fire on a ferry case.

On board of Anek’s El. Venizelos ship, in addition to a vast number of passengers – were present a lot of other TRUCKS and transport vehicles, cargo, freights, trucks transporting goods, vegetables and containers which carried any various materials; we have specific experience also in this sector and freight forwarders issues on recovering the cargo https://giustiziapernormanatlantic.wordpress.com/damages-to-shipments/

Such a kind of damages – along with any possible further physical injuries suffered by passengers – and, obviously, with all the possible material damages to trucks and heavy vehicles, goods and personal belongings, such as the cars and the luggages of any passengers, will have to be compensated by Anek, accordingly to the contracts of naval transport that any passenger signed buying his ticket and, in any event, accordingly to Athen’s Convention and Reg. CE 392/2009 about naval transport that makes easier for passengers to obtain damages.

Our particular experience in ship disasters and in these particular cases (see our reports not only from the Norman Atlantic’s fire but even from the Costa Concordia ship wreck and the consequences of it in the phases of the restoration of damages against Costa Crociere: https://giustiziaperlaconcordia.wordpress.com/) makes us particularly effective in a very specialized sector, that of maritime law, naval disasters and the defense of ANEK passengers for the loss of vehicles and goods in case of fires on board.

In fact, national navigation and Community legislation may present very problematic aspects for lawyers who do not specialize in maritime law, and the request for compensation may represent specific difficulties that include the identification of the carrier and eventually a different owner of the ship, insurance of the hull and cargo, possible seizures by the companies who have carried out the rescue of the burning vessel, and the involvement of various insurers such as P&I’s consortium. All issues and problems that we perfectly knows, having dealt with identical cases to this one several times and having an exact idea of ​​the subjects and knowledge on procedures and law firms of the counterparts with whom we must deal for a full and rapid compensation for our clients.

ABOUT US: We are a group of lawyers, experts in Ship & mass disaster, such as the the shipwreck of Costa Concordia, defending a group of about one hundred passengers against Francesco Schettino, the case of the fire on Anek’s Norman Atlantic, the disaster of the Jolly nero ship, and we are taking part, as civil parties and prominent leaders, from the early stages of investigations in all ship disasters and major criminal cases involving common interests to victims of personal injury for mass tort and serial numbers, as in many other procedural steps to protect victims of mass disaster and serial damages.

WHAT ARE THE LEGAL COSTS: we operate in a very clear and absolute transparent method, there is no need of any anticipated payment and we carry out the assistance without requesting any retainer and with zero costs for the Clients, the only expense that remains on your side is for medical certificates; obviously our lawyers do not work for free; the payment system is regulated as a contingency fees’ pact that predicts to leave to lawyers for their assistance a percentage of the amounts that will be earned as compensation in your favor.  For this case it is the best possible, virtuous and beneficial deal for the victims of the tragedy, since, without having to anticipate any expense or risk to pay thousands of euro in fees for legal actions, our lawyers will have to work to get the possible maximum compensations in your interest in the shortest time as possible. The assistance of our pool covers entirely any cost either for the phase out of court (letters and notices damages, negotiations, meetings, transactions, etc.) and either the actions that we are promoting and we intend to promote on behalf of all of our Clients (complaints, request for seizure, represent you as civil part in the criminal trial etc. etc.).

The whole procedure of transmission of documents and updates will be predominantly ONLINE through the blog, without the need to physically visit our Offices, or via email and web videoconferences, or by setting a traditional telephone call or in person at one of our offices, in Italy or in Greece and Albany. 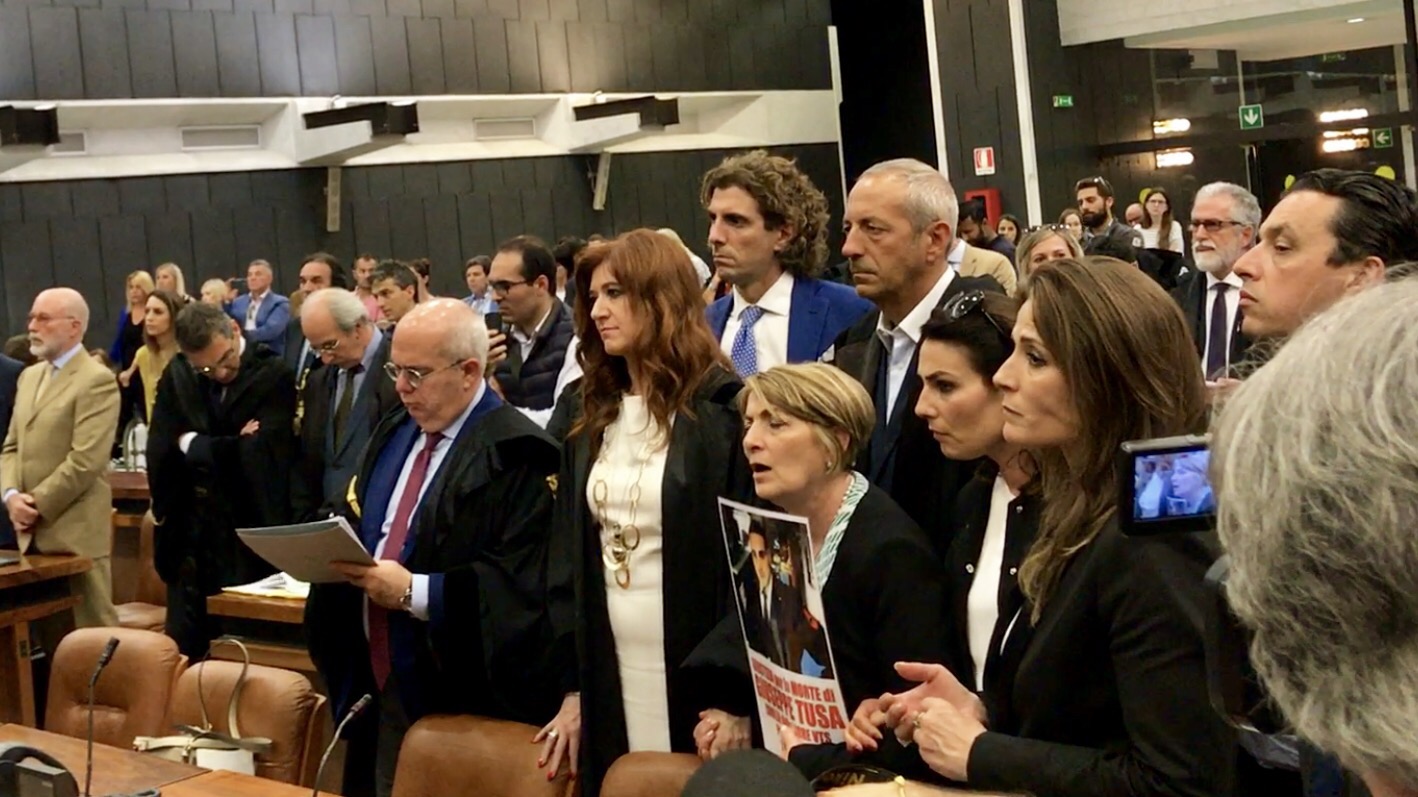 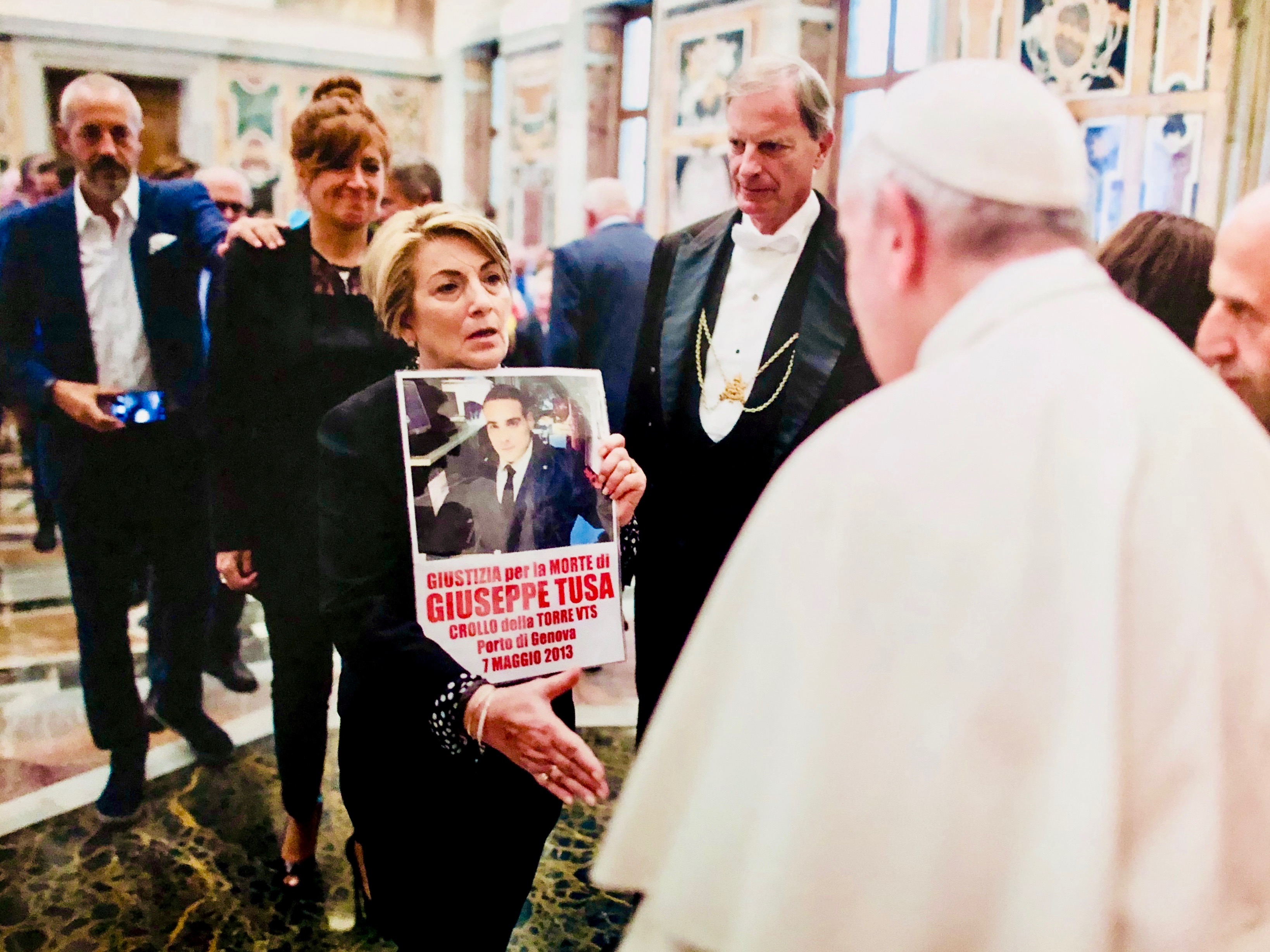 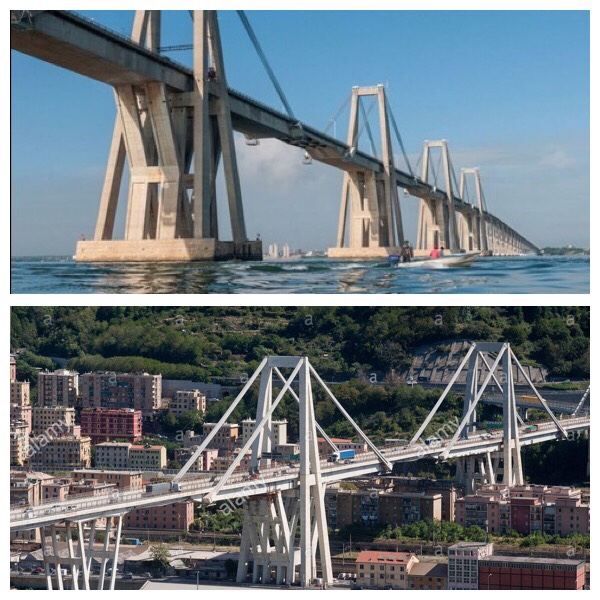 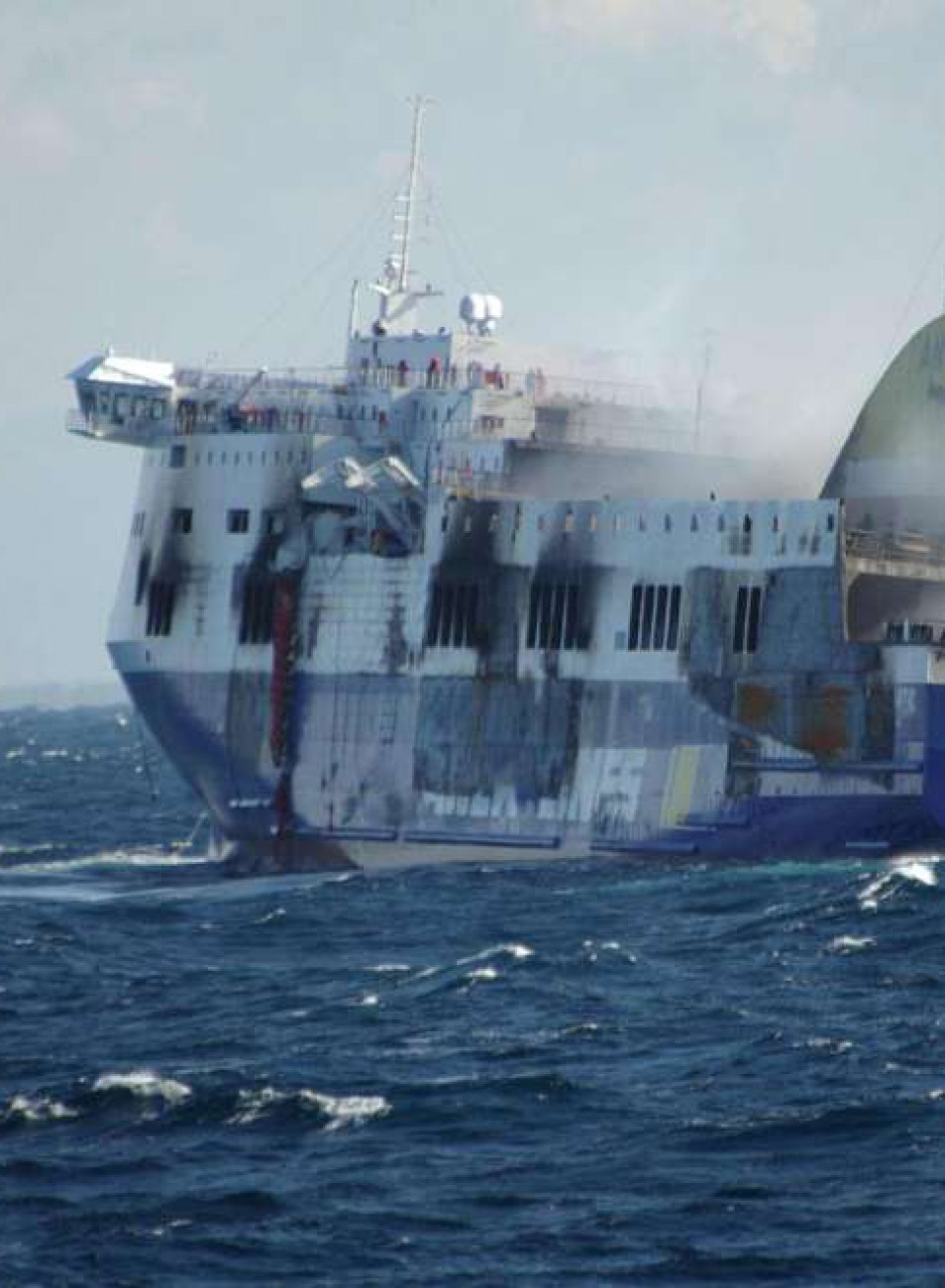 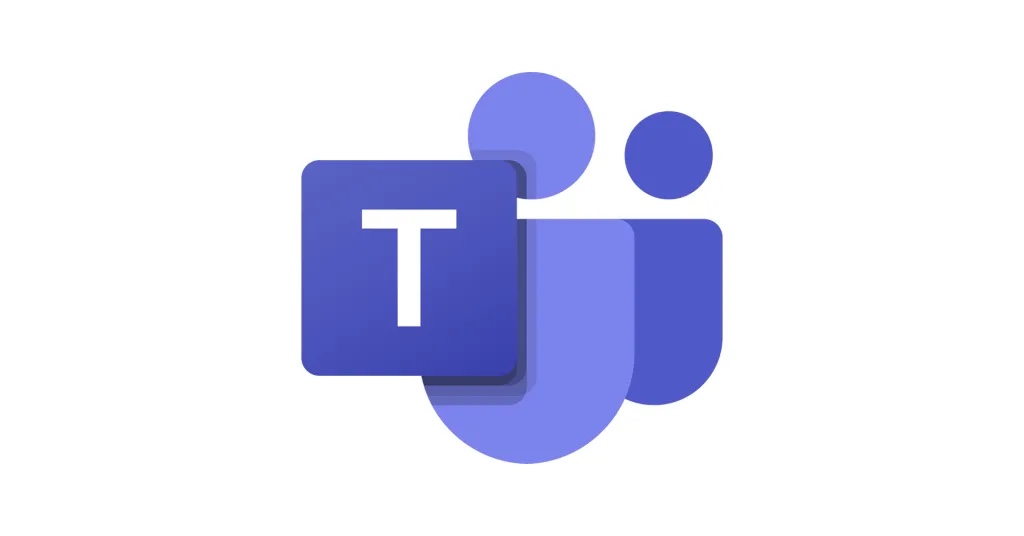 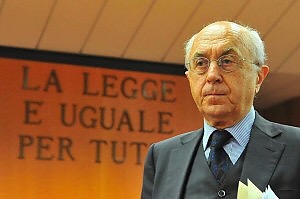 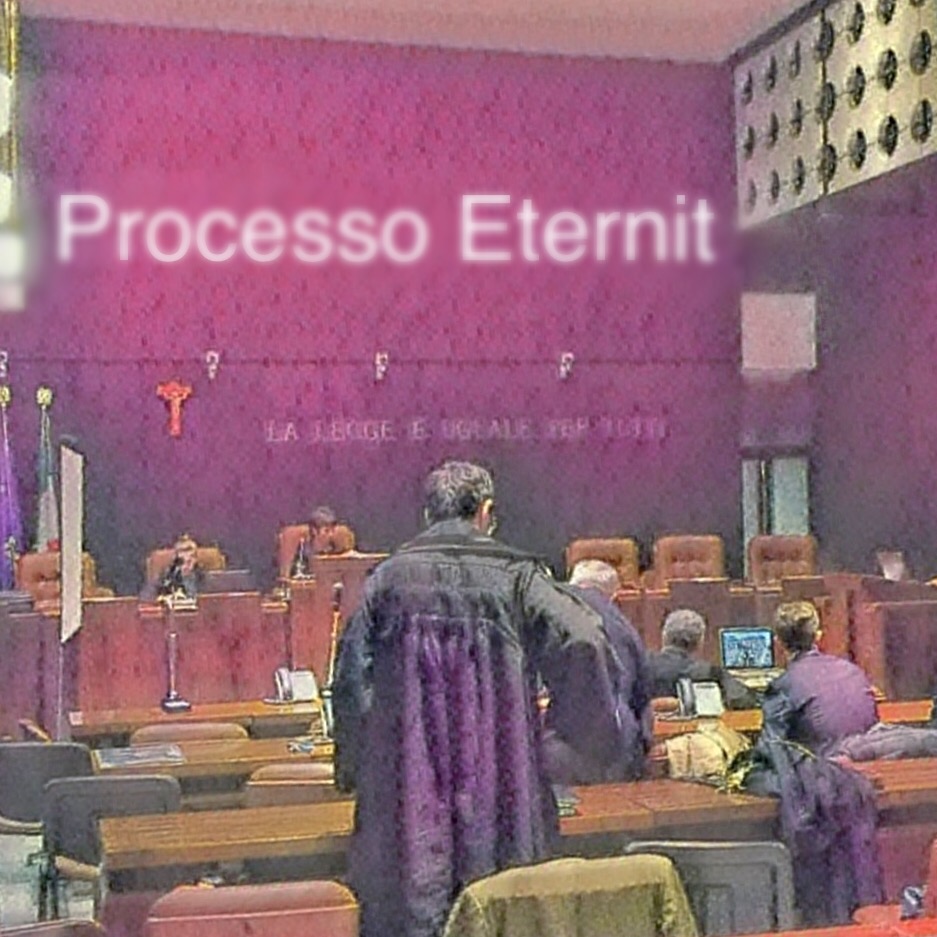